A Broken Circuit Model for Chromatic Homology Theories: We give a categorification of a famous result of Whitney: the broken circuit theorem for the chromatic polynomial. We show analogues of Whitney’s theorem in chromatic homology and chromatic symmetrc homology. As applications, we arrive at homological bounds for these theories.
Preprint available at arXiv:1911.13226.
Submitted to Electronic Journal of Combinatorics December 2019.

Categorical Diagonalization: This is an expository chapter in the MSRI proceedings on Soergel bimodules based on the work of Elias and Hogancamp. This chapter is written jointly with Dmitry Vagner and Nachiket Karnick. Beginning with the scenario in which a linear operator is diagonalized, we develop refined notions of the involved properties—the vanishing of a polynomial in the endofunctor—and structures—the acquiring of an idempotent decomposition of the space the operator acts on—and discuss how to go between the two. Most importantly, we recall Lagrange interpolation, which, from a collection of distinct eigenvalues, produces an idempotent decomposition. We then categorify this picture by finding categorified decompositions corresponding to functors on monoidal homotopy categories. We then proceed to look at several examples, culminating in the diagonalizability of the full twist functor on Rouqier Complexes in the representation theory of Hecke algebras.
Preprint available here: Categorical Diagonalization

Notes on Derived Categories and Mirror Symmetry in String Theory: This is an expository paper written for an NCSU class in homological algebra taught by Tye Lidman. We begin by introducing derived categories and describing why they are useful in a general setting. The rest of the paper will be dedicated to understanding an equivalence of the A-model and B-model of Dirichlet branes in string theory known as homological mirror symmetry. The B-model is realized mathematically via coherent sheaves on a Kahler manifold, and the A-model is realized via Lagrangian submanifolds of a Kahler manifold. Roughly, the statement of mirror symmetry in string theory is that the bounded derived category of coherent sheaves on M is equivalent to the bounded derived category of Lagrangian submanifolds of the mirror manifold (the Fukaya category).
Available here: Derived Categories and Mirror Symmetry in String Theory 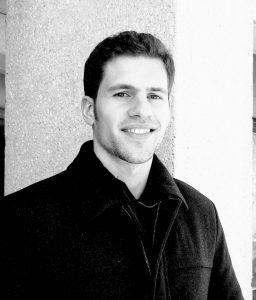